The calm after the storm

The fiery burning of three days ago has quieted down. In fact, I can say that I have felt the best I've felt in the past 4 months these past two days. Am I cured? Hell no! But, I have had a few headache-free days which is critical - those headaches are killer. My throat is mostly fine, my ear is down to probably a 2 in pain, I also have more energy.

The worst still continues to be the "scraped along the sidewalk" feeling on top of my tongue which increases later in the day-evening.

But considering all of these pains were in the 8-9 range for a very long time, I have to say improvement has been made, though slow. I wonder how much is the Pamelor finally kicking in, and how much is just the time factor, with the nerve healing finally coming around. Then there's the homeopathic meds and the light therapy, could that be the key?

The Agatha Christie in me won't stop trying to figure it out. I want to be able to solve this puzzle so no one ever has to suffer like this again. It scares the crap out of me taking my kids to the dentist now, and everyone I know has been warned to not take their dental visits so lightly anymore.

When I think back to the early days of this condition, which I know some don't like to do, it actually makes me feel better to see how far I've come. Those first 3 months were horrific: feeling like my face/cheek/teeth/tongue were in a vice grip, migraines daily, couldn't tolerate any light or sound, literally had to write notes to my kids most nights because I was in so much pain my tongue couldn't take it any more...that was hell on earth.

That is the reason for this blog. With inspiration from Kevin, Imogina, sciental.net, scalpel and sword, and others....I just knew I had to tell my story, in the hopes it might give others who are in the early stages hope and reassurance that things do get better. I just hope one day this story has a happy ending where I announce "guess what - I'm healed! I'm 100% back to normal" I don't see that happening any time soon, but this injury has changed me; I don't have such high expectations any more and have stopped saying "why me".

The positive result has been that I look around and see so much more clearly how much everyone is dealing with some kind of pain; be it emotional, physical, or both. At some time in your life, everyone suffers. And, eventually, we get better, we move on, until the next thing happens. But then we are that much better prepared to deal with it, because now we know we can, we have - and we lived to tell the story.

Many have asked about suing the guy who did this to me. I will just say that the thought has crossed my mind, and is being investigated. However, that won't make my pain go away, and the chances of winning might not be good. The stress of a case is the worst thing, of course, for me in my present condition. So, we'll see. I'd be very interested in hearing about any lingual nerve cases that have been successful for the plaintiff. It's not the amount of the settlement that matters so much as the fact that someone got away with this.

One dentist said to me "it's a risk you take, every time you get an injection". OK, my answer to that is this: every time I cross the street, I take a risk, a risk that a car might hit me. If someone does hit me, even by accident, then flees the scene, accepting no liability - it's called a hit and run, and it's illegal. What my dentist did to me feels like a hit and run. He doesn't admit any blame, has offered no assistance, and in fact, may have even intentionally misled me by telling me I had BMS and "allergies", hoping that I'd be one of the many who recovers rapidly (in a few weeks) and I'd just go away; he'd never have to hear about it again. Only, I'm not most people, and that's not what happened.

My dentist trained at NYU - that is no rinkydink school; there isn't a chance he doesn't know about lingual nerve injuries..this makes me think he was just dodging me every time I called his office. I may never know, and it's not productive to focus on it so much of the time, so I try to avoid it. Still, getting him to at least cover my medical bills would sure feel like justice had been done. 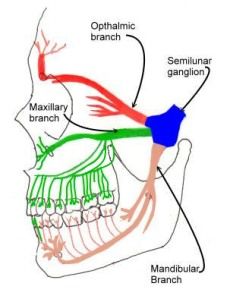